Few people in life have touched more hearts than Candy Jones, RN, the Community Outreach nurse at Appalachian Regional Healthcare System (ARHS). Since moving to the High Country in 2001, she has cared for countless patients and mentored dozens of interns from Appalachian State University. Candy Jones is the type of person that loves first and asks questions later. At ARHS, we feel that her story is a story worth telling, and we hope that it encourages you today. 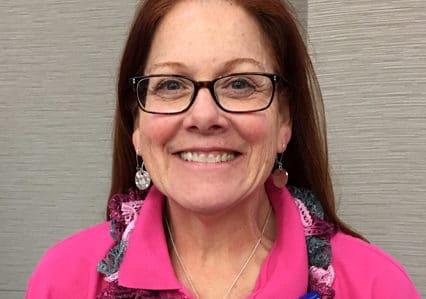 An American flag raised on a church steeple near the end of War World II indicated to Candy’s father, Torgeir Fadum a Bombardier in the Army Air Corps, that he would soon be liberated after 10 months of captivity in a German prisoner of war camp. The intrepid 20 year-old moved back to Niagara Falls, NY, where he met and married Mary Anah Cummings, and together they had seven children. Years later, Torgeir would go on to fight in the Vietnam War and retire as a lieutenant colonel; Mary Anah served as a homemaker.

Candy remembers her father for different reasons. “During the summer dad would take us all tubing down the Niagara River and in the winter, he would take us ice-skating on the pond behind our house. Dad was always a very involved father. I still have the birthday letter he sent me from Vietnam.”

Growing up Candy dreamed of becoming a nurse. Her inspiration came in the form of the Sue Barton book series. At that time, adolescent girls loved to read the page-turning adventures of Sue Barton as she made her way through nursing school. One Barton book, titled Sue Barton Senior Nurse, had the following description, “A red-headed young nurse meets romance and excitement at every bend of the hospital corridor.” Being a redhead herself, Candy converted her childhood bedroom into an operating theatre where she practiced giving her dolls shots with safety pins and applying Band-Aids.

Although she was content to go to hospital school for her medical training (a common practice at the time), Candy’s father insisted that she attend the University of Buffalo to get her bachelor’s degree in nursing. “Dad said it would open doors for me down the road and in my household, Father Knows Best.”

After graduation in 1978, she worked as a nurse for 25 years in Buffalo, NY. During that time, she met the handsome and lighthearted Brian Jones at a Bible conference, and they married soon after. Together, the couple had three children before deciding to move to Boone, NC, in 2001 to help another couple start a church. 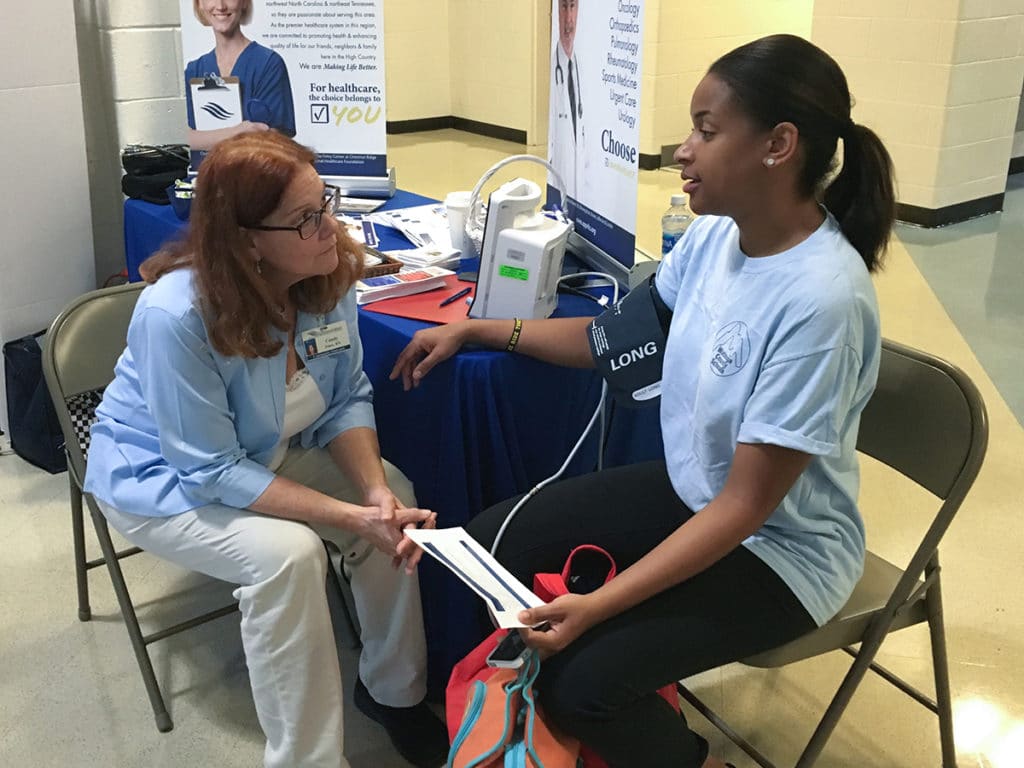 Her heart softened to the idea, however, after what she credits as divine intervention. “There have only been a couple of times in my life when I have actually prayed and heard God clearly respond. He said go and we never looked back; Father Knows Best.”

Candy was hired as a nurse at Watauga Medical Center in Boone, NC, in 2002. She worked in medical-surgery on the second and third floor of the hospital for several years before transitioning into ARHS’s Community Outreach department in 2006.

“For 30 years, I had worked as a bedside nurse in the hospital,” she said. “This opportunity allowed me to step out of the hospital and into the community where I could try to encourage people to live healthier lives.”

Candy embraced her new position and quickly formed close relationships with the local school system, churches, businesses and community groups. Over the years, she has organized countless health fairs and served as the unofficial face and heart of the healthcare system.

Mentoring the next generation

Shortly after starting in her new role as the community outreach nurse for the healthcare system, Candy was contacted by Appalachian State University to see if she could serve as an intern coordinator (mentor) for Health Promotion students. The University’s cold call was met with a warm reception, as Candy Jones was delighted to provide students with real-world experience.

“I love students,” she said. “I love to see them set and reach their goals. For me, it’s fun to watch as these students get to apply what they learn in the classroom with real people in the community.”

2017 marks Candy’s 10th year of mentoring interns during the spring, summer and fall academic semesters at Appalachian State. During that time she has mentored more than 30 different students from all different social and economic backgrounds. For many students living far from home or paying their own way through school, Candy was seen not as a nurse, but as a mother figure. She often treats her interns to lunch in the hospital cafeteria, knits them scarves in the winter and provides them with transportation when their vehicles break down.

“You don’t ever really know a person until you stop and listen to their story,” she said. “I have found this to be true with both patients and interns. Everyone wants to be heard and everyone needs to feel loved.”

Some of Candy’s interns went on to get their master’s degrees in public health; others found jobs as ARHS nurses, pharmaceutical salespeople, health department employees, and missionaries. Despite taking different paths in life, all of her interns share one thing in common: an appreciation for Candy. Most of her former students keep in touch and last year one former intern invited Candy to her wedding.

“I used to wake up and pray, ‘God, who is it today?’ Because at the time I thought there was always someone special you were supposed to meet and encourage each day,” she said. “But now, I know that it is everybody. Everybody you meet today is your special person.”

Next year Candy will begin her 40th year of nursing. When asked about her greatest lesson learned, she said, “To always love and to always be thankful.”