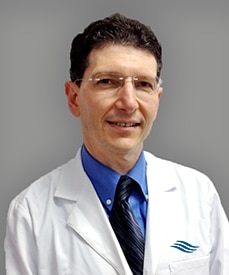 Cardiologist Dr. Andrew Hordes is the Heart & Vascular Center’s Certified Cardiac Device Specialist. He was one of the first to perform internal defibrillator procedures at Watauga Medical Center, as well as the first Micra procedure, using the world’s smallest leadless pacemaker.

Dr. Hordes recently renewed his certification for the International Board of Heart Rhythm Examiners (IBHRE). He placed in the top five percent of all scores and was offered an ambassadorship for the IBHRE. Worldwide, the IBHRE has about 50 ambassadors who assist in writing the exam, as well as mentoring others as they prepare to take the test.

Cardiac Resynchronization Therapy (CRT) is a treatment that Dr. Hordes says can make a significant impact on quality of life. He has a wealth of experience and knowledge in pacemakers, internal defibrillators, and CRT.

Unless they’ve had a personal experience with heart failure or heart attack, people often don’t know the difference between an internal cardiac defibrillator (ICD) and a pacemaker. Both devices are implanted into a patient’s chest, but they have very different functions.

A pacemaker helps control abnormal heart rhythms. It uses electrical pulses to prompt the heart to beat at a normal rate. It can speed up a slow heart rhythm, control a fast heart rhythm, and coordinate the chambers of the heart

An ICD monitors heart rhythm. If it senses dangerous rhythms, it delivers shocks. This treatment is called defibrillation. An ICD can help control life-threatening arrhythmias, especially those that can cause sudden cardiac arrest (SCA).

Most new ICDs can act as both a pacemaker and a defibrillator. Many ICDs also record the heart’s electrical patterns when there is an abnormal heartbeat. This can help the doctor plan future treatment (source).

Until the early 2000s, ICDs were mainly used for people who had already suffered a heart attack or were in the midst of heart failure. Dr. Hordes served as an investigator on a trial addressing the implications of expanding the use of ICD. The study found that anyone with poor ventricular function could benefit from an ICD – saving and extending lives.

But according to Dr. Hordes, it’s important to understand that with a defibrillator alone, the patient may not “feel” any better. The device will, however, save their life in the event of a sudden heart event. 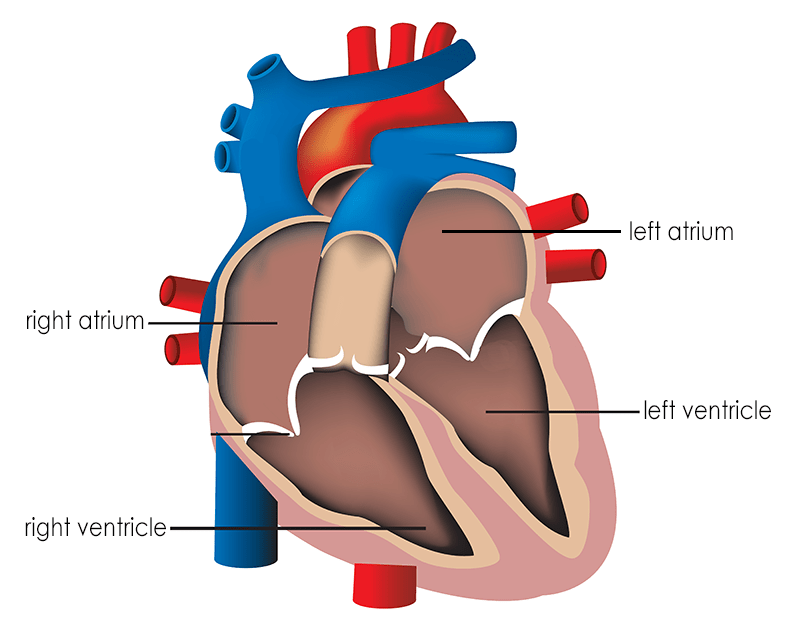 In the 1950s, physicians began treating heart failure patients with pacemakers, although the first pacemakers were external. On October 8th, 1958 the first internal pacemaker implantation was performed in Sweden (source).

Enter “dual-chamber pacemakers” in the late 1970s. These devices improved the synchronization of the ventricle and atrium, but there was still a problem.

Dr. Hordes explains, “When we’re born, our heart naturally paces itself from left to right. But our pacemakers paced from right to left, throwing off the motion of the wall in the center of the heart – the septum. The heart loses efficiency and quality of life for the patient.  The treatment could actually create a condition called “left bundle branch block.”

To correct the problem with traditional pacemakers, cardiologists asked themselves, “What if we could control the timing between the right and left sides of the heart to more closely match the natural rhythm and create a more efficient contraction?”

And thus, Cardiac Resynchronization Therapy (CRT) was born. Not everyone will respond to this therapy, but when successful, CRT increases survival and quality of life, with 50% reduction in heart failure hospitalizations.

Who is a candidate for CRT?

“In fact,” says Dr. Hordes, “the second group of patients are the ones who typically get the most benefit from CRT, as left bundle branch block is common with non-ischemic cardiomyopathy.” About 95% of Dr. Hordes’ patients receiving CRT show an improvement in heart function.

Some patients, whom Dr. Hordes calls “super-responders,” experience a significant improvement in heart function and quality of life. These patients feel much better and they live longer.

If you experience fatigue and shortness of breath with exertion – even with medication – contact your cardiologist today to see if CRT may be right for you. In addition to general cardiac needs and interventional cardiology (heart catheterization), you can receive CRT right here in Boone at the Heart & Vascular Center of Watauga Medical Center. Most patients report an improvement in energy levels, ability to exercise, and quality of life.