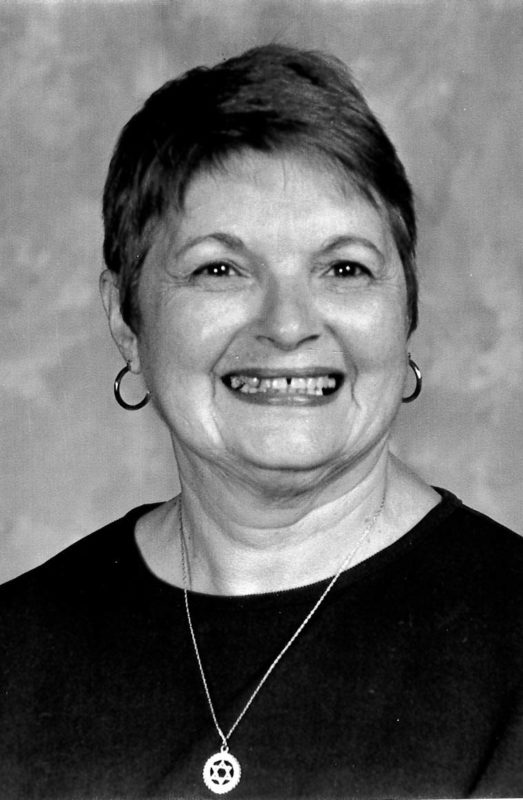 Fran and her husband, Dan (a 13,000+-hour volunteer) moved to Boone in 1988 and found many things to keep these retirees busy. They both became members of the ASU Senior Scholars, giving them the opportunity for the lifelong-learning experience. Fran facilitated classes in “Acting,” “Theatre/Stagecraft,” “Jeopardy!” “Are You Smarter Than a 4th Grader?” “Paper Clips … a Holocaust Film Study,” “Broadway Musicals,” and others.

She received her Associate’s Degree in Liberal Arts from Caldwell Community College in 1999 and her Bachelor’s Degree in English and Theatre from ASU in 2001 at the age of 64, Summa Cum Laude. Fran agreed with Dan that it is important to “give back” for all of the blessings in their lives, and so she decided to become a volunteer at Watauga Medical Center. She is a “swing” volunteer, in that she makes herself available as needed … working in Occupational Health, Radiation/Oncology, Plant Operations, Front Desk Receptionist, the Pharmacy, and knitting caps for the newborns. She also enjoys “entertaining” at the yearly Volunteer’s Luncheon! “There are so many ways to be useful in our beautiful High Country,” says Fran, “being a Volunteer at Watauga Medical Center is both useful and gratifying. I highly recommend it!”

Fran relishes the chance to assist the professionals she encounters at Watauga Medical Center; and she applauds the many dedicated volunteers who selflessly give of their time and energy. “It is an honor and a privilege to be a part of this outstanding group,” says Fran, “and an opportunity like none other. Thank you for that opportunity.”