Getting to the heart of the matter: cardiopulmonary staff credited for saving patient’s life 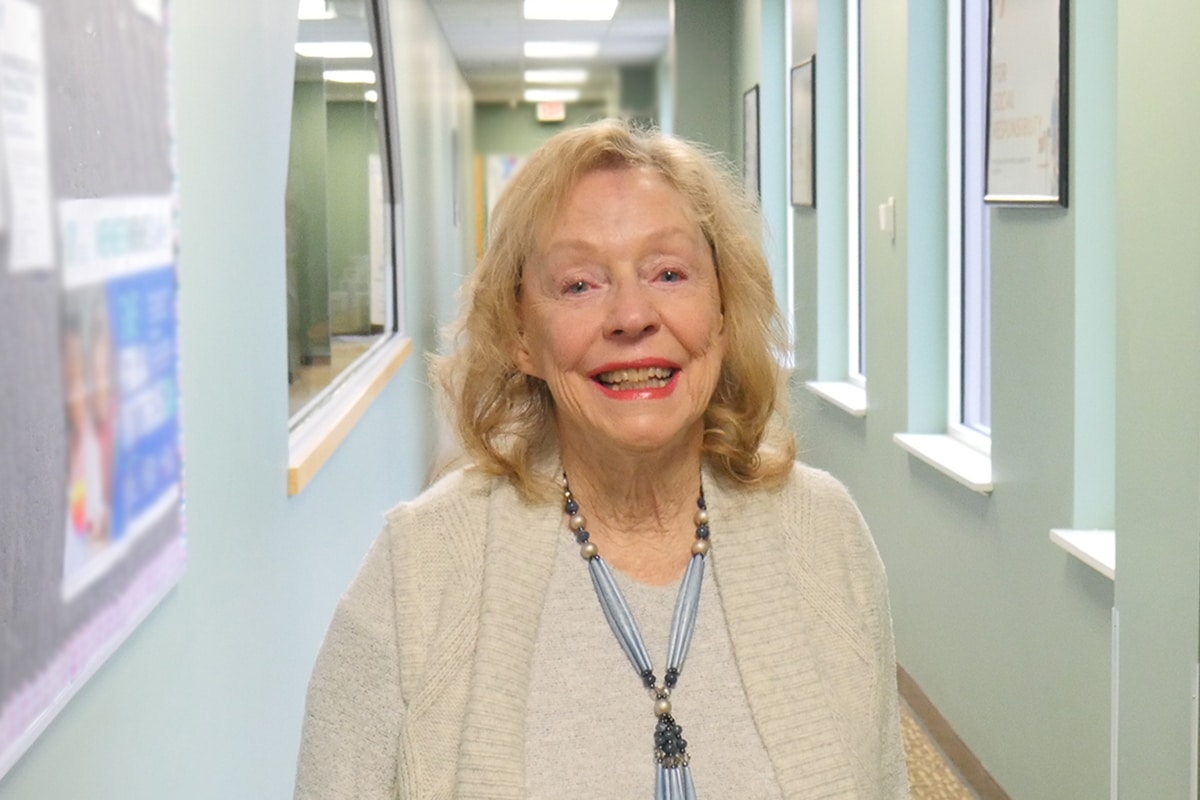 It has been said that timing is everything. Fortunately for Betty Redman, she has been in the right place at the right time, not just once, but at least twice – at least where her heart health is concerned.

Despite a family history of heart problems, Redman had been healthy most of her adult life. “My father died at age 52 with a heart attack, and my mother, although she lived to be 84, was paralyzed from a stroke at the age of 62. She received good therapy, and was able to retain her mobility to a point.”

However, things began to change for Redman in the last decade when she was diagnosed with atrial fibrillation; she responded well to medication, but had occasional mini-strokes.

Still, she said, it wasn’t too serious — until last year.

While in physical therapy at The Rehabilitation Center of Cannon Memorial Hospital (CMH) due to a shoulder injury, an observant and compassionate therapist, Day Watson, was concerned when Redman had pain in her left arm and back following her treatment. Her vital signs were erratic, which was alarming to Watson.

“Day told me I needed to call my cardiologist right away. By the time I got home, after we had stopped for lunch, Day had already called Dr. Helak, who was my cardiologist in Boone at the time,” said Redman. “I went in and he began running tests. We discovered that I had more of a problem than I thought.” 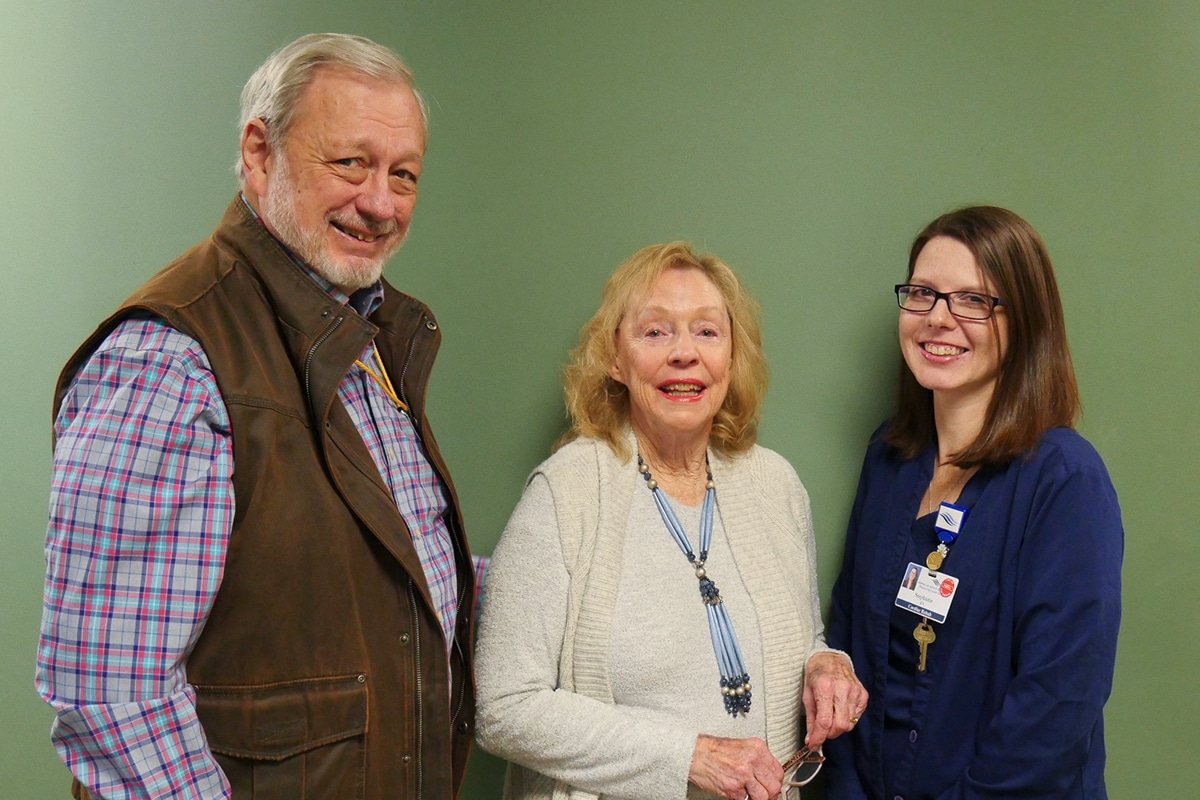 Redman had major blockages, which required extensive interventions, so she was transferred to Asheville for stents. That was May 10, 2019. After that, she was referred back to CMH, where she began cardiac rehab and met Stephanie Platt.

A registered nurse with Appalachian Regional Healthcare System since 2012, Platt has a passion for caring for cardiac patients. And it was this passion along with her instinct that led to Redman’s next intervention.

After several sessions of her recommended therapy, Redman was “working away” on one of the machines one day when Platt told her and her husband, Fred France, that Redman’s heart was pausing.

“I was watching the telemetry monitor and began noticing pauses,” Platt related. “They were less than two seconds, initially, but the fact that she was having them at all concerned me.” At the same time, Redman recalled with a chuckle, “I didn’t know what my heart was doing – I was not feeling any of it. I was on the machines going 90 miles an hour.”

At that point, Platt contacted Redman’s cardiologist in Asheville, who asked about her symptoms: was she dizzy or light headed? “No, but she is very fatigued, you can see it when she walks in the door,” Platt replied.

Platt was frustrated that her observation wasn’t taken seriously.

A nurse’s intuition, observation, and tenacity

“That was difficult,” she said. “But, we continued to monitor her. I sat down with Betty and Fred the next session and told them that she was still having some pauses.”

Upon Platt’s recommendation, Redman followed up with Dr. David Kimmel, her primary physician locally, who agreed that she needed to wear a heart monitor.

“Once we touched base with Dr. Kimmel, I felt better,” Platt said. “He understood. We were on the same team, caring for this patient together and figuring out what was going on.”

Redman received the heart monitor, wore it for two weeks as suggested and mailed it back in. “I still thought I was fine – and kept going to rehab.”

But, she was still having pauses, Platt recalled. “And, I continued to send strips of the pauses to her cardiologist in Asheville. I was certain that something was wrong with her, but was told it was okay; they did not express concern.”

Two and a half weeks after she had returned her monitor, Redman said, she and her husband were coming home from grocery shopping when her cell phone rang.

“It was my local cardiologist, Dr. Helak. He said, ‘you’ve got to go to the hospital in Boone right now.’ That was a shock to me. I told him I couldn’t do that, that we had $300 worth of groceries in the car and I had to go home to put them up.”

The two agreed that she would go to the hospital the next morning, a Saturday,  to have a pacemaker procedure performed by Dr. Andrew Hordes. “I went to the hospital at 8 a.m., and five minutes later, I was in a hospital gown with a heart monitor on,” she said. “I needed a pacemaker, they told me, but I had to be weaned off of my blood thinners, first. So, they monitored me until it was safe, and on Monday afternoon, I got my pacemaker. I came home on Tuesday afternoon and went back to cardiac rehab as soon as they cleared me. And now I’m doing fine and going to physical therapy two days a week.”

Redman and France, who have been permanent High Country residents since 2000, can’t say enough about the compassionate care they have experienced through this situation.

“I’m a great believer in therapy — and the fine folks in this local hospital system are the best,” she said.

The road to recovery and “graduation”

“I’m doing well now and will always be grateful for the care that I have received at Cannon Hospital, and most recently, by Stephanie, Beth Ann Scott (Exercise Physiologist) and Velma Greene (Respiratory Therapist) who monitored me very carefully to make sure I was ok,” she said. “I credit Stephanie for saving my life, and Drs. Kimmel and Helak, for listening to Stephanie’s concerns. Those people are very good. I can’t say enough for them.”

For Platt, the situation was just as pleasant. “Betty and Fred are one of the sweetest couples I’ve ever met. They are so supportive of each other. When we discovered that she was having these (new) problems, we did our best to encourage her. We reassured her that she was in the right place and that we would take care of her.”

Platt said she is “truly blessed” to be working in a position that affords her the opportunity to build a strong rapport with her patients and to advocate for them.

“I consider my patients as family, even after they complete our program,” she said. “It’s people like Betty and Fred who make it all worthwhile. I am thankful that they allowed me to care for Betty during her cardiac rehab.”

In February 2017, Platt was presented with the opportunity to become the Cardiopulmonary Rehab Nurse at Cannon. “I truly feel that God knew where I needed to be and led me to this position,” Platt continued. “I am thankful and blessed to be the nurse for this program and to be able to care for each patient that comes through the program.”

Platt said, she never thinks about it as going above and beyond. “I’ve been given the tools and ability to help someone and that’s just what I do.” But, she’s also quick to say, it’s not just one single person who deserves the credit for these great outcomes. “It’s everybody working together and we do work very well together. I am thankful for the personal care that our staff gives to our patients.” 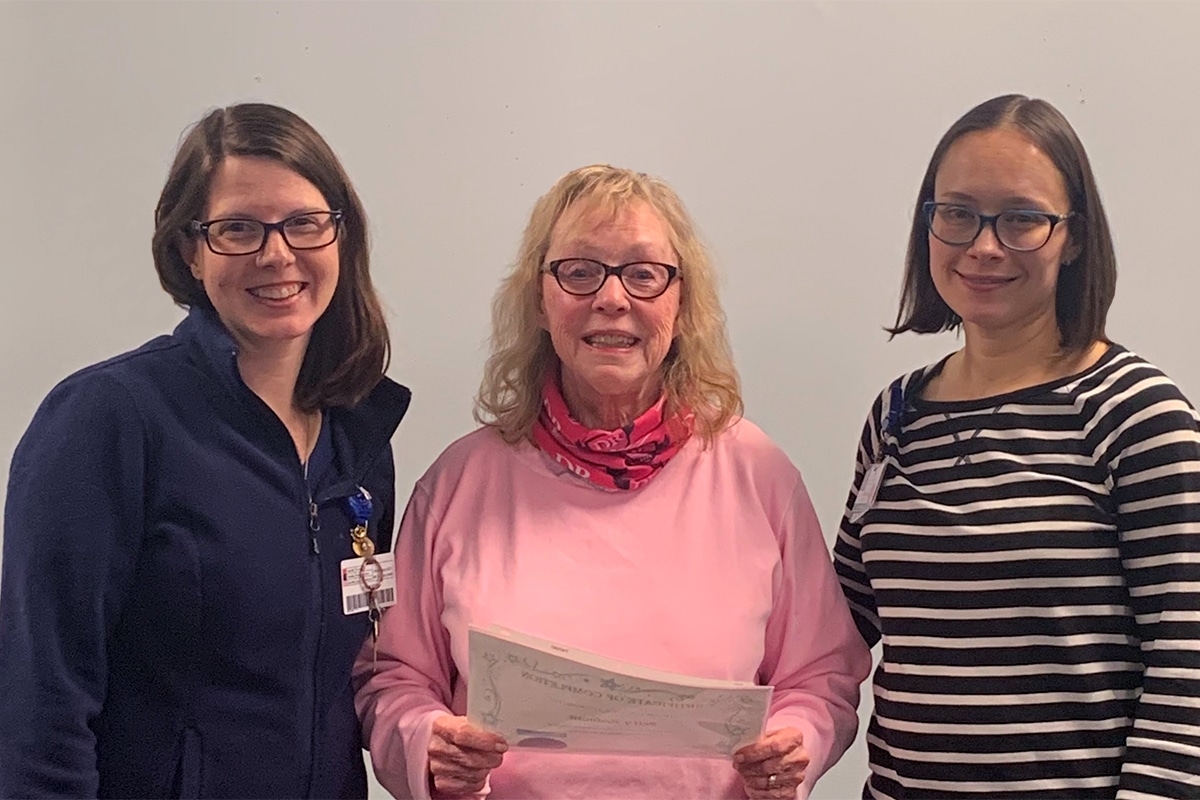 Beth Ann Scott, Exercise Physiologist and site supervisor for the program at Cannon Memorial Hospital, had this to say: “We are fortunate to have staff at both of our rehab programs who are invested in working in cardiopulmonary rehab. We have well-educated and professionally qualified individuals who all have their heart in truly caring for our patients. We all keep the best interest of our patients as top priority.”

Patients may be in cardiac rehab at least three months and staff get to know them really well. “Our patients become part of our rehab family,” Scott added.

Redman “graduated” from cardiac rehab in January, 2020, and she is doing well. She will continue to follow up with her providers to ensure she stays active for many years to come.

More About Cardiac and Pulmonary Rehabilitation

Cardiac Rehabilitation is designed to help restore cardiac patients to an optimal physical, vocational, recreational and emotional status with the ultimate goal of preventing further disease progression. Patients are strongly encouraged to make various lifestyle changes for the purpose of reducing coronary risk and improving quality of life.

Pulmonary Rehabilitation is designed to improve lung function, reduce symptom severity, and improve quality of life. It plays an important role in helping patients with chronic respiratory disease who remain symptomatic or continue to have decreased function despite standard medical treatment.

What to Expect At Cardiac Rehab

A “typical” patient is referred to Cardiac and Pulmonary Rehabilitation usually by his or her primary care provider, cardiologist, pulmonologist or surgeon after experiencing heart or lung- related issues.

Patients complete an initial orientation appointment with a registered nurse to discuss and review their medical history, medications and goals for the program. The patient will also have a blood pressure assessment and EKG performed at this interview. Next, a ‘new start appointment,’ is scheduled for the patient to work one-on-one with an exercise physiologist to begin their program.

The program consists of 36 sessions, lasting about three months and including a focus on exercise, education, nutrition and mental wellness, while being medically supervised by the clinical staff.

Care plans are customized for each patient, based on their health history, current health status and the event/diagnosis that resulted in the need for cardiac or pulmonary rehab. Rehab staff also work with patients to develop an exercise plan to use once they have completed rehab.

“We develop strong rapport with each one of them, and at times, with their family members, as well,” Platt continued. “When they graduate, they are encouraged to reach out to us if they ever need anything. We have numerous graduates who come back to visit and keep us updated on how they are doing.”

Appalachian Regional Healthcare System has two cardiac and pulmonary rehab locations, one at Cannon Memorial Hospital in Linville in the Sloop Medical Building and one at the Paul H. Broyhill Wellness Center in Boone.