A heart destined for service finds a home at the Seby B. Jones Regional Cancer Center 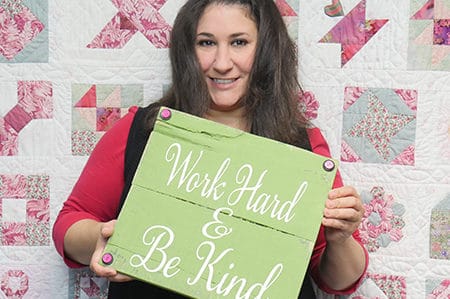 Has anyone ever told you, perhaps during a difficult time in your life, that everything happens for a reason? For many of us, it can take years before we fully understand that the waves of life were actually a part of a larger current leading us safely to shore.

Angie Del Nero’s life story is an inspiring tale of storms, unwavering resolve and confirmation that everything does happen for a reason – a reason for good.

Del Nero was raised by her mother in a modest home in Baltimore, Maryland. She was the youngest of four girls and shared a small bedroom with her closest in age sister, Jenny. Despite her mother earning less than $20,000 a year to keep a roof over their heads, Del Nero can remember annual family trips to see the Ice Capades, where she and her sisters were each allowed to have their own cotton candy.

“My mom would not take any government assistance,” said Del Nero. “Not because she was above it, but she wanted to teach us that through hard work, us girls could pull together and succeed.”

As soon as she turned 14-years-old, Del Nero started working after school at the neighborhood snowball (snow cone) stand and volunteering at St. Agnes Hospital as a Candy Striper. On the weekends, while most of her friends were sleeping in, she would put on her pink and white uniform and walk a mile to the city bus stop to go to work. A year later, the hospital hired her as a service aid and eventually promoted her to unit secretary in the neonatal intensive care unit as a 16-year-old. 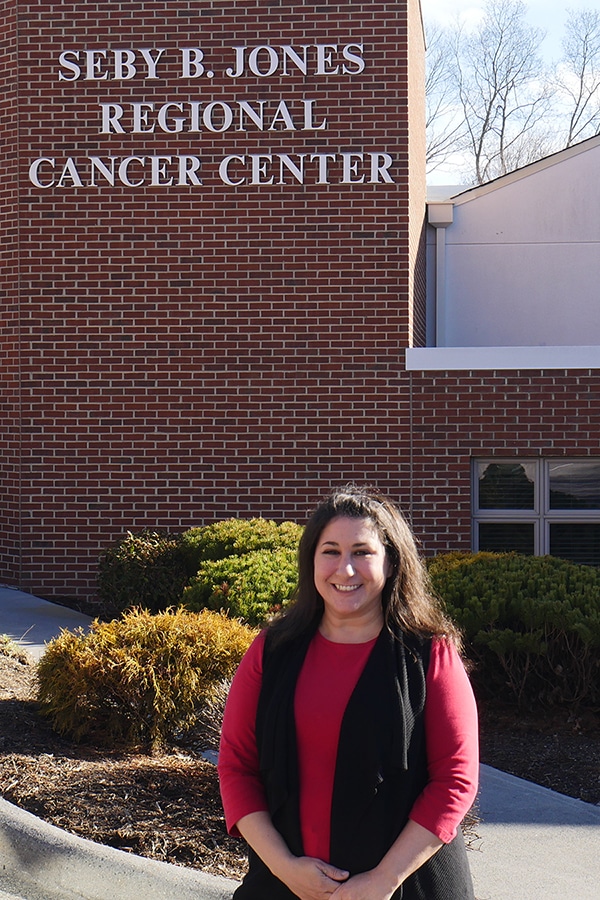 “We all got jobs as soon as we were old enough to help pay for things,” she said. “I paid for my prom dress, my first car and all four of us [siblings] individually paid for our own college educations.

While in college, Del Nero did an internship at Charles H. Hickey Jr. School for juvenile delinquents. “The experience was as tough as you might imagine,” she said. “But I quickly fell in love with the idea of meeting people where they are and doing my best to help them.”

After college, she joined AmeriCorps and spent the next few years doing service projects like providing disaster flood relief assistance in Louisiana, renovating apartments for Habitat for Humanity in Chicago and working at a Boys and Girls Club. From there, she went on to work in an AIDS hospice house in California, while simultaneously completing her Masters in Social Work at Sacramento State.

“I have come to realize that you don’t truly ever know what is going on in someone else’s life,” she said. “For me, there is no higher calling than that of service.” Del Nero has a unique understanding of depression and mental health issues as one of her sisters committed suicide six years ago.  “What people show on the outside isn’t necessarily what’s going on inside – it’s important to me to gain the trust of my patients to get that insight.”

Everything Happens for a Reason

In 2000, after marrying and having her first child in California, Del Nero decided to move across the country to Wilkesboro, North Carolina to live closer to her mother who had relocated there. During that time, she had another son and worked in home health and hospice care for nine years before joining the Seby B. Jones Regional Cancer Center team as a social worker 2012.

“Cancer is a devastating diagnosis,” she said. “My goal is to meet with each patient to determine if there are any existing barriers to care. Sometimes, thanks to our Cancer Patient Emergency Fund, this may mean providing financial assistance or connecting them with a support group. Other times, this may mean helping patients complete a living will, pick out a wig or learn how to apply cosmetics during chemotherapy.”

Her office, which is strategically located in the middle of the Cancer Center, serves as a refuge for discouraged hearts. Its large windows illuminate the room with hope and an Every Person Matters poster on her bulletin board serves as a reminder for patients that they have entered into a safe space.

“By the time the patient gets to me, they are completely overwhelmed by their diagnosis, much less the paperwork,” she said. “I learned at an early age the importance of persistence and I consider it an honor to advocate for these patients.”

In addition to her responsibilities at the Cancer Center, Del Nero was recently appointed as the Chairperson for the Adult Services Coalition of Watauga County. In this role, she will work with area partners to better serve the senior adults in the High Country.

“As a child, I often wondered at times why life was so hard,” she said. “Today, I understand that those experiences helped prepare my heart to better serve the patients that I get to work with today.”