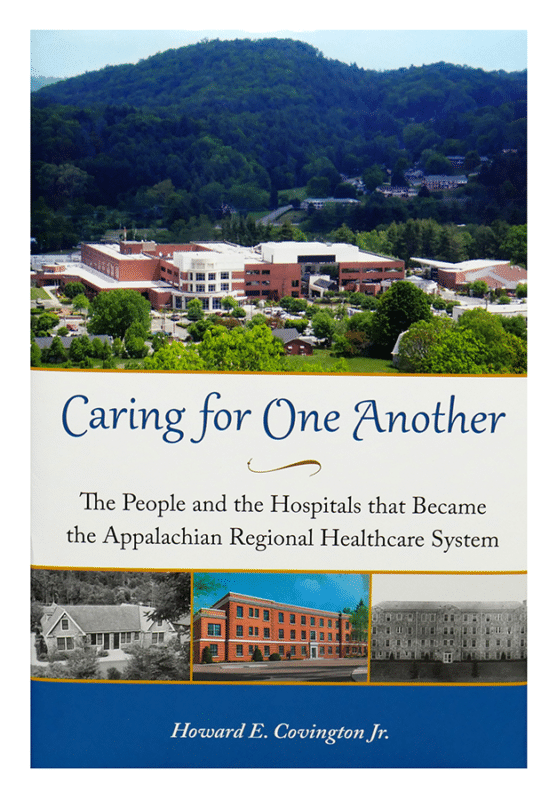 For generations the mountainous region of Western North Carolina was referred to as the Lost Province. Due to The Great Depression, World War I and the natural geographic barriers that prevented the development of connecting roads and infrastructure, lowlanders in the state often joked that the only way to reach the mountains of North Carolina was to be born in them.

But being born safely in the High Country in the first half of the twentieth century was no joking matter. As author Howard E. Covington Jr. points out in his book “Caring for One Another,” through the efforts of selfless and dedicated individuals, access to quality healthcare in the landlocked High Country became a reality.

In 1897, Rev. Edgar Tufts’ mission field brought him to Avery County where he found a dire need for education and medical access. He recruited Dr. William C. Tate to Banner Elk and eventually Grace Hospital, which was built on the campus of Lees-McCrae Institute (now Lees-McCrae College) opened in 1924. Inspired by Tufts’ work, Drs. Eustace and Mary Sloop opened Garrett Memorial Hospital just 20 miles away in Crossnore five years later. Both Avery County hospitals received Duke Endowment funding and were bustling places as they served neighboring counties as well as their own.

In Boone, Blanford B. Dougherty cobbled together money and land from the State of North Carolina and a grant from The Duke Endowment to erect Watauga Hospital on the campus of the Appalachian State Teachers College (later Appalachian State University) in 1938. It was there that students could receive rudimentary nursing care, which was paid for by a $1.50 health fee collected at the beginning of the school year. The hospital also served as a place for local patients to deliver babies or to recuperate from illness. In place of payment, compensation for said services often consisted of a basket full of fresh produce or a ham.

During the 1930s and 40s, Dr. Mary Cabel Warfield was making house calls and maintaining a modest clinic in Blowing Rock for the year-round and seasonal residents. Building her practice on free, well-baby clinics, she was ahead of her time and educated her patients about preventive medicine and prenatal care. When her medical career ended due to an automobile accident in 1948, Dr. Charles Davant, Jr. stepped in as a replacement. Shortly after, the community rallied to gather the resources to build the 20-bed Blowing Rock Hospital, which opened in 1952.

In captivating detail, Covington goes on to reveal the innermost thoughts, dreams and struggles of the High Country’s most influential healthcare visionaries. Thanks to people like Isaac “Ike” Garfield Greer, Richard Sparks, Dougherty, Tufts, and countless others, patients no longer need to leave the mountain for their healthcare needs. These brave men and women laid the foundation for what is today the Appalachian Regional Healthcare System.

To receive a free copy of “Caring for One Another” by the award-winning North Carolina native and history author, Howard E. Covington Jr., visit the lobby at Watauga Medical Center, Cannon Memorial Hospital or send an email to marketing@apprhs.org.  Books must be picked up and cannot be mailed.