Joe Thompson: A 1952 Farmall tractor, a hip replacement, and writing plans in pencil 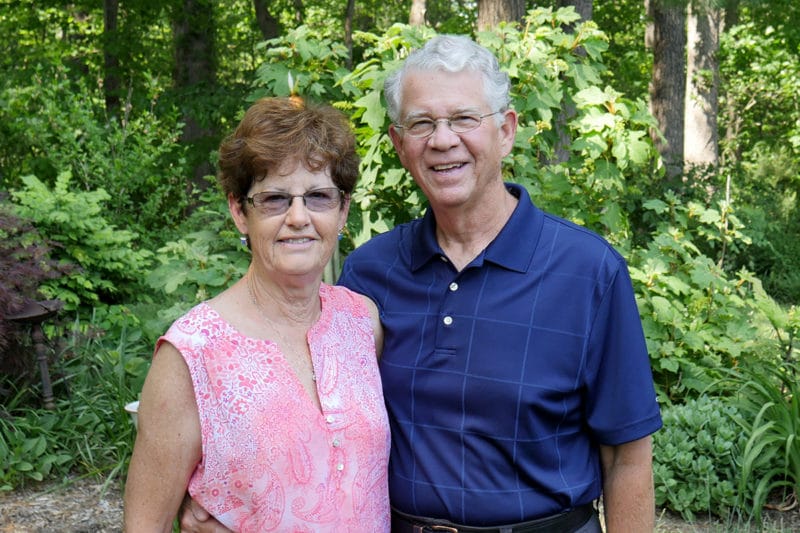 Experience teaches us that few things in life go according to plan. As a result, we are encouraged by our elders to hope for the best and to prepare for the worst. After successfully navigating through an early-life tragedy, Joe Thompson has learned to embrace change with humility and to write his plans in pencil.

Thompson grew up on a small farm in Pittsboro, NC. As an only child, he became very close with his mother, who worked long hours at the community label mill, and his father who managed the family farm.

“I’ll never forget the day when dad brought home that bright red 1952 Farmall tractor,” said Thompson with a grin. “I was just a child at the time, but he taught me how to plow, plant and harvest sweet corn, squash, cucumbers, tomatoes, butter beans and so much more. Little did I realize it at the time, but dad was preparing me for life after his death.”

Thompson was 11-years-old when his father lost his battle with pancreatic cancer. “At that point, mom and I realized that we had a choice to make… we could either get hung up on broken plans or write new ones in pencil.”

His mother continued to work long hours at the label mill and Thompson, with the help of his uncles, agreed to take on the responsibility of the farm.

Still small in stature he can remember wiping away tears as he climbed up into his father’s tractor seat for the first time after his death. “I did all of the things dad taught me to do and as a family mom and I grew closer, we persevered together.”

It had always been a dream in the Thompson household that Joe would be the first one to graduate from a four-year university. Although Thompson excelled in the classroom, he was often distracted by his work on the farm and a fun-loving girl who caught his eye.

“I met Martha in the first grade and I can still picture her running around in those pretty cotton dresses,” he said. “It took me until prom to actually ask her out on a date, but we have been together ever since.”

To the delight of his mother after high school Thompson was accepted into the University of North Carolina at Chapel Hill. “I was excited to go to college, but money was tight and I still needed to be able to help out on the farm. I decided to live at home and commute to school. This was a bit embarrassing, but since Batman’s Stately Wayne Manor was pretty popular at the time, I used to tell people when they asked which dorm I was living in that I was staying at Stately Thompson Manor. No one ever questioned my answer or found out that I was living at home.”

Thompson later married Martha and together they had a son, Adam. The family moved to Wilkesboro, NC, where Thompson worked for the Department of Transportation for 38 years and Martha as a nurse for 40 years.

During that time, Thompson became a very involved father and he embraced his role as an Assistant Scout Master in Adam’s Boy Scout Troop. “I guess I was personally drawn to the Boy Scouts because of their motto, to Be Prepared. My dad taught me as much as he could before he died and I wanted to pass those same preparedness traits on to my son.”

A few years ago, Thompson decided to have a total knee replacement procedure with orthopedic surgeon, Dr. Steven Anderson. “I hurt my left knee while playing football back in high school,” he said. “At the time I had surgery, but it left me with limited lateral stability. Once I finally decided to address the problem for good in 2015, I felt very fortunate to find Dr. Anderson, who was working in Wilkesboro at the time. Unlike the orthopedic surgery center I went to in Charlotte, NC, Dr. Anderson treated me with respect and like a real person. I was not another number to him.”

So pleased was Thompson with the outcome of his knee surgery that he decided to return to Dr. Anderson last year when he started experiencing pain in both of his hips, even though Dr. Anderson is now at AppOrtho in Boone. “I was having mobility issues in terms of getting in-and-out of the car, using the tractor, and even just trying to go on walks with Martha.”

“I was only too willing to travel up the mountain to see my preferred surgeon,” said Thompson. “After a quick examination, Dr. Anderson told me that I would benefit from and be an ideal candidate for anterior hip replacement surgery. He went on to say that at 70-years-old, I could either try to live with the pain a little while longer, or I could fix it now and enjoy a better quality of life.”

After completing his due diligence, Thompson agreed to have his right hip replaced by Dr. Anderson on January 23, 2018, at Watauga Medical Center. The procedure was completed without complication and Thompson was discharged the following day. Eight weeks later, after noticing a significant improvement in his right hip, Dr. Anderson completed the same procedure on his left hip.

“Sometimes I have to remind myself that I even had hip replacement surgery,” he quipped. “I’m able to do the activities I want to do again.”

One of those activities includes riding his father’s 1952 Farmall tractor. After his mother passed away in 2008, Thompson inherited his parent’s farm and restored his father’s cherished tractor. Every two weeks, he returns home to care for the farm, while Martha tends to the flower beds around the house.

“I guess you could say I’m pretty sentimental,” said Thompson. “Although my plans have changed a few times throughout the years, I’m grateful for my family, for the opportunities they provided for me, and for the many memories we share.”

Thanks to AppOrtho, patients are choosing to drive up the mountain for their orthopedic care. With locations in Jefferson, NC, and Boone, NC, patients can schedule same-day appointments Monday through Friday, and on Saturday in Boone. Referral is not required.

To schedule an appointment at AppOrtho call (828) 386-2663 or visit apprhs.org/appointment.