We have all been told that restful sleep is necessary for a healthy lifestyle. But how many of us know that lack of sleep has been linked to a number of chronic diseases and conditions?

According to the Center for Disease Control and Prevention, most adults should get seven to nine hours of sleep each night to promote optimal health. 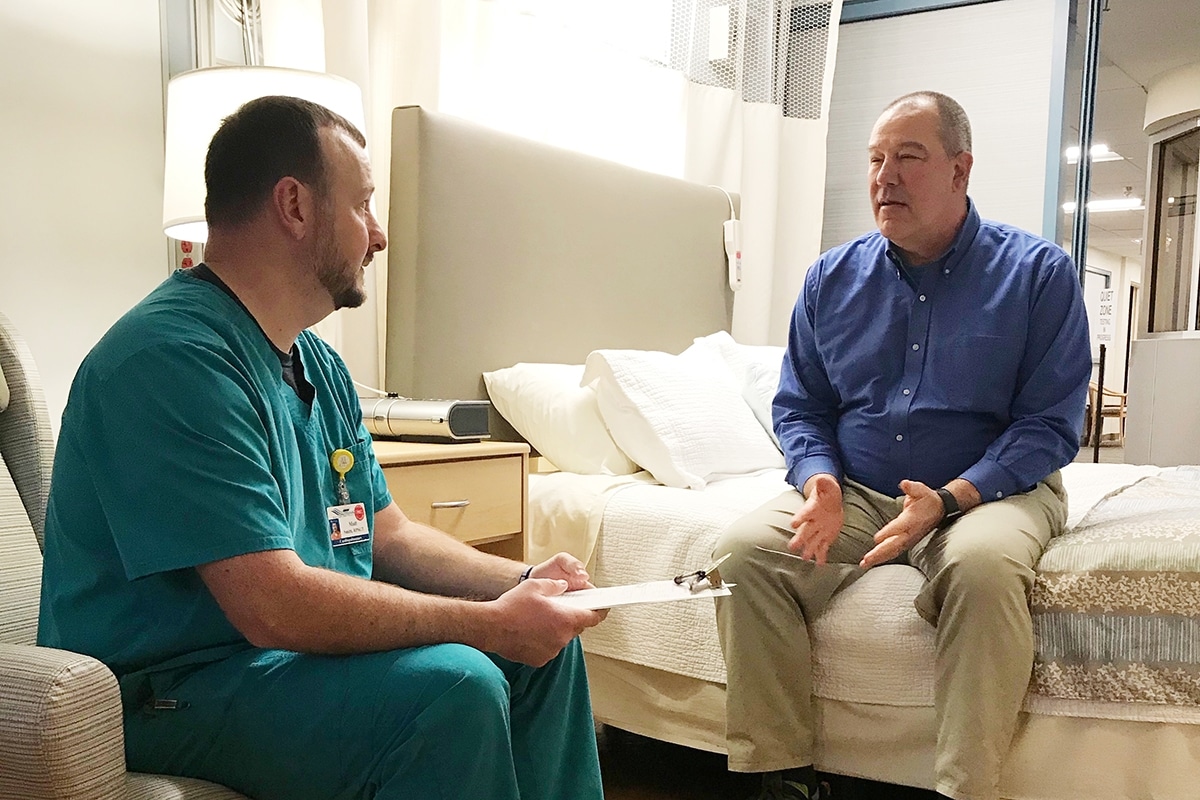 For local businessman Mike Miller, it took a wake-up call, literally, to help him understand the importance of adequate sleep. Without the help and guidance of The Sleep Center of Watauga Medical Center (WMC), Miller might still be thinking a few restless hours of sleep each night was enough. He might still be fighting the urge to sleep during working hours — even while driving — or he might not even realize he had a common sleep disorder that could be easily corrected.

“My wife began to notice that I would stop breathing during the night,” Miller said. “I thought it might be related to carrying extra weight, so I tried to work on losing some weight, but that didn’t really help.”

It was during an appointment with his cardiologist at The Heart & Vascular Center of Watauga Medical Center, whom Miller saw for atrial fibrillation (AFib), that he was asked if he’d ever had a sleep study.

“There is a theory that AFib and sleep apnea might be connected, so while I had not had the study before, I agreed to do it last May,” Miller said.

The results were astounding.

“It concluded that I was averaging 68 ‘events’ an hour, for at least 10 seconds each. Basically, this discovery meant that for about 11 minutes each hour, I wasn’t breathing. I was diagnosed with extreme sleep apnea.”

“Now, my sleep interruptions are basically nonexistent. I can tell a big difference. I am sleeping great at night and entering into a deep sleep like I’ve not had in years. It’s made a huge difference. I no longer doze off during the day, which is something I didn’t even realize I was doing. I not only feel better, but my mind is clearer. I’m able to think better than I did before.”

Miller’s overall experience with the Sleep Center, from the study to the diagnosis and subsequent treatment, has been a life-changer, he said. “It was as positive as it could be. During the study, the rooms were very comfortable. The technician was very attentive. It can seem a little intrusive with all those leads and wires coming off your body, but it’s all necessary for them to obtain the information they need. “

Miller said he would “absolutely recommend” that anyone with symptoms of sleep apnea, AFib, or other sleep disorder talk to their primary care provider or cardiologist and follow through with a sleep study. “You will be glad you did.”

Now, my sleep interruptions are basically nonexistent. I can tell a big difference. I am sleeping great at night and entering into a deep sleep like I’ve not had in years. -MikeClick To Tweet

A Simple Process to Correct A Frustrating Situation

As the most comprehensive sleep health program in the High Country, The Sleep Center of Watauga Medical Center is having a positive impact on people of all ages, through helping them identify the cause for their restless nights, and discover ways to improve their sleeping habits.

The Sleep Center is open seven days a week with highly trained staff working closely with the referring provider and with local neurologist, Jeffrey Crittenden, the Sleep Center’s medical director. “Dr. Crittenden is the only local physician who is board certified in sleep services,” said Matt Smith, Registered Polysomnographic Technologist at the Sleep Center. “He receives the report in the mornings, reads the studies and makes a formal diagnosis from the information we’ve provided. Either he or the primary care provider will follow up with the patient.”

Click to learn more about The Sleep Center of Watauga Medical Center or call 828-266-1179.