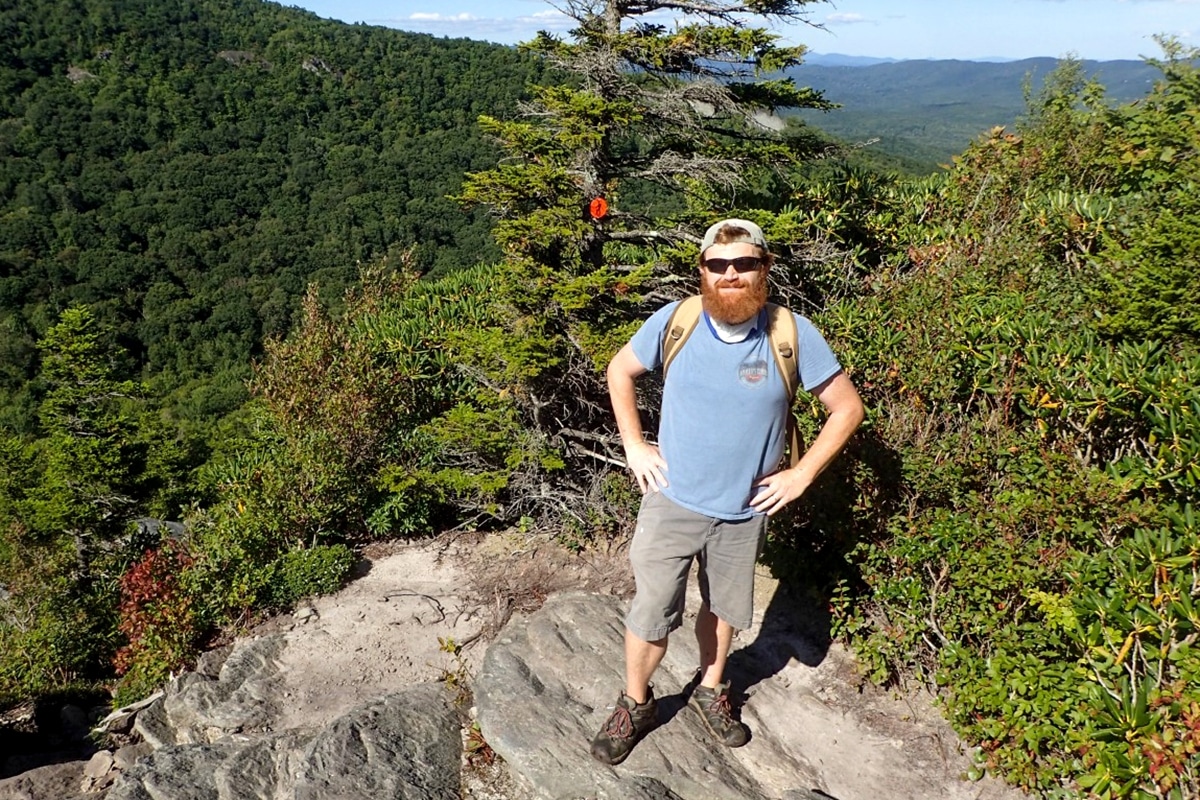 Most people know David Jackson as the former “Voice of the Mountaineers” who called the historic Appalachian State University football win against Michigan, or the President and CEO of the Boone Area Chamber of Commerce.

But they may not be aware that this dynamic local celebrity recently overcame a lifelong struggle with a rare condition and chronic hip pain that threatened to destroy his active lifestyle and consume his family life.  Through the help of Dr. Steven Anderson of AppOrtho, he got his life back. 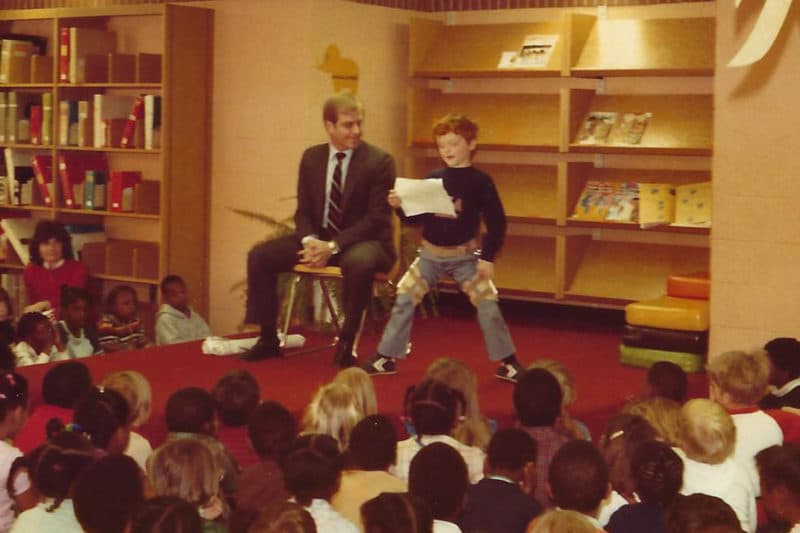 In 1982, five-year-old Jackson was a carefree child in Greensboro, NC. His dad was a TV meteorologist, and his mom was a nurse. In true “80’s kid” fashion, he would play all day with the other neighborhood kids, only going home for dinner by the soft glow of the streetlights at dusk.

Jackson spent that summer with his grandmother in Chicago, and it was then that she first noticed his limp. After countless tests and doctor visits, he was finally diagnosed with the rare Legg-Calvé-Perthes disease (LCPD). LCPD occurs when blood supply to the ball of the thigh bone in the hip is disrupted. Without an adequate blood supply, the bone cells die and the bone can become malformed. People with LCPD live with a limp; constant pain in the hip, thigh or knee; and reduced range of hip motion.

One of the first people in North Carolina to ever be diagnosed with this condition, Jackson knew at age five that he would one day need hip replacement surgery.

The redheaded, sports-loving, adventurous child heard the word “never” associated with so many of the activities he loved. He should never play basketball, soccer, football or baseball. He should not run or jump. He could play golf or swim – those were his choices. He went home with a shiny new leg brace he was instructed to wear for the next 18 months. 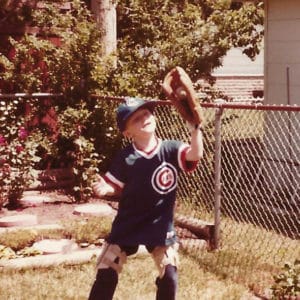 But there was no stopping little David Jackson.

One of the first things he did when he could walk again was play baseball. He also played any other sport and did every activity the other kids were doing. “I would play so hard that my brace would come loose. They gave me an Allen wrench to carry in my backpack so I could fix it on my own,” Jackson remembers.

There was no stopping grown-up David Jackson either. In the spring of 2017 he defied the odds and ran a half-marathon, his last big hoorah, as he knew his long-distance running days would soon draw to a close. In 2018 he ran a 10K in Greensboro, and it was then that his pain and hip problems became much worse.

A fork in the road

After turning 40, Jackson’s life was plagued with even more pain in his hip, but also in the knee and lower leg, back, and even his opposite leg. The deep muscle and joint pain kept him up at night and affected his mood. “I was irritable all the time, and I began to think I just couldn’t live like this anymore.”

Jackson, his wife Leila, and their two children loved to be active, whether hiking, biking, or going on trips. It got to the point where the family would have to “budget” their activity dependent on Jackson’s pain level. Hearing his daughters ask him to join them on a hike, and having to say no, was heartbreaking. Soon they stopped asking because they knew what the answer would be.

After a softball injury, desperate for some relief, he went to AppOrtho and met Dr. Anderson. Anderson and Jackson had met years earlier on an App State Football bus, as the team sportscaster and orthopedic doctor. During that long bus ride, Anderson wanted to hear all about “what made Jackson limp.”

But this meeting was different. Physical therapy, personal training, and non-surgical interventions were no longer giving him reprieve. Jackson was ready for surgery.

Anderson was matter-of-fact in that meeting, and confident that he could provide lasting relief and better quality of life. “You are a prime candidate for anterior hip replacement surgery, and this procedure would change your life,” he said.

The journey to surgery day

Jackson started with “prehab,” to make sure he was in the best shape possible before the surgery. Tiffany Norman, personal trainer at the Paul H. Broyhill Wellness Center, designed a custom program to get him to the right weight, strengthen muscles, and maintain flexibility and range of motion. Jackson says he benefited greatly from the pre-surgery conditioning.

Dr. Anderson performed the anterior hip replacement surgery on Tuesday, December 3 at Watauga Medical Center’s specialized orthopedic wing, and Jackson had worked out with Tiffany the day before. Still, laying in the bed recovering, he thought, “There’s no way I’m going home tomorrow.” With help from the hospital’s rehabilitation staff, he was amazed at how quickly he progressed.

Four days after surgery, Jackson was at the Appalachian Theater in downtown Boone watching his daughter perform with the Appalachian Youth Chorale in “A Carolina Snowbelles Christmas.” In just a short time working with The Rehabilitation Center, he was driving again by Christmas. 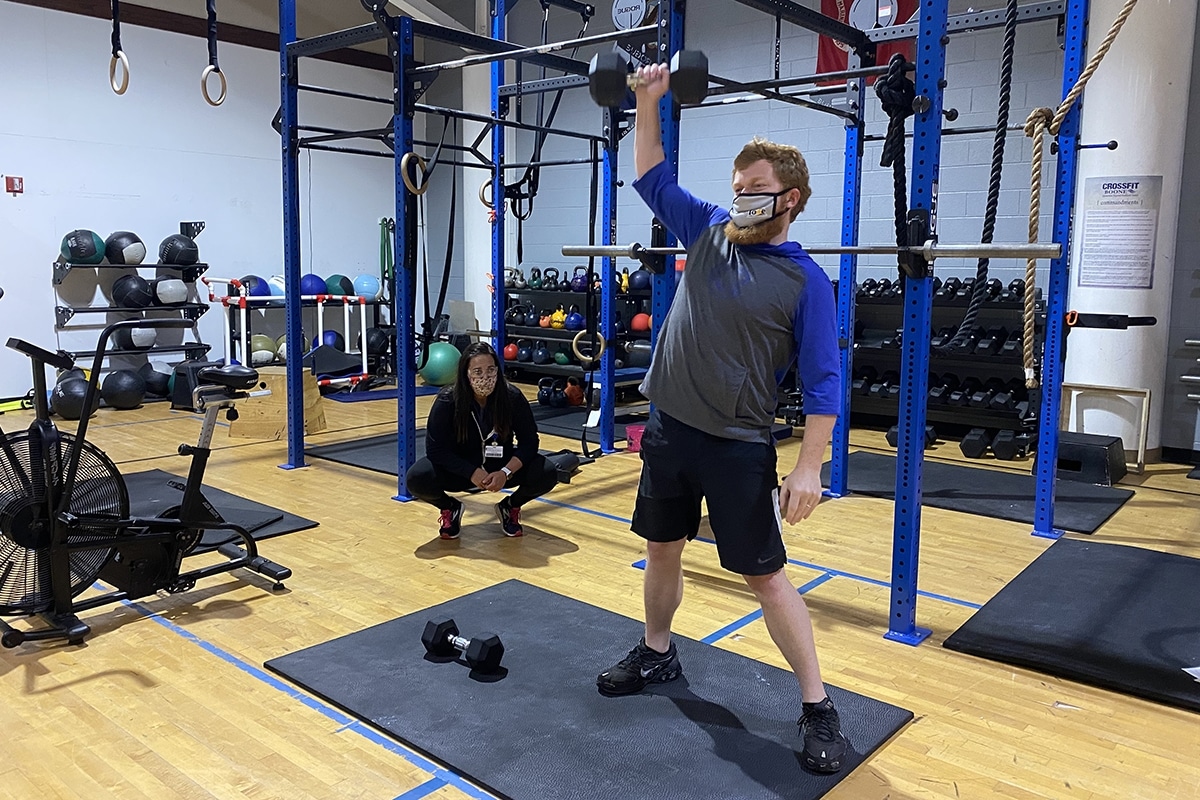 “I cannot believe this doesn’t hurt”

For Jackson, thoughts of surgery had been suppressed over and over again, partly because he couldn’t imagine life any other way. Pain had been a constant ever since Jackson could remember – it had shaped his very personality, and been a part of his identity as an overcomer. “I had a hard time imagining what life would be like without that,” he said.

After the surgery, he remembered what Dr. Anderson had told him, “Thoughts of what you can’t do will be immediately replaced by thoughts of what you CAN do.” And Jackson sat in disbelief that this part of himself that he had dealt with for so long would just go away – but that’s exactly what it had done.

“Stories like David’s are the reason I love joint replacement surgery,” Anderson said. “I truly feel blessed every day that I’ve been given the skills to help so many patients in this way. Joint replacement, and particularly anterior hip replacement, can truly change a patient’s life and I just love being a part of that.”

Jackson’s life after surgery is vastly different. He can now go hiking on the Mountains to Sea Trail with his family without pain. Long drives don’t bother him; bring on the road trips! He sleeps at night. He says YES to all his family activities. “I can do it all. I no longer have to budget my activity to avoid pain.”

When asked what advice or thoughts he would share with those contemplating orthopedic surgery, he shared, “Don’t hesitate to do it right here in Boone. Everything you need is available in our own community. I always thought I would have to travel off the mountain that it would severely put my life on hold. But to have this level of care – surgery, rehab, and follow-up – within a five-mile radius was priceless. The level of patient care and service far exceeded anything I would have hoped for. You don’t typically think of having surgery as a positive experience, but for me, that’s what it was.

And so, it came to be that David Jackson, once defined by the words “persevering through pain,” became defined by new words: “pain free and thriving.” 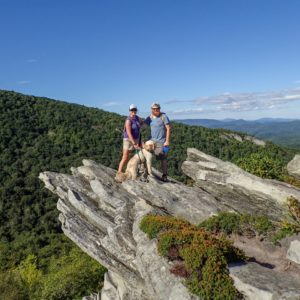 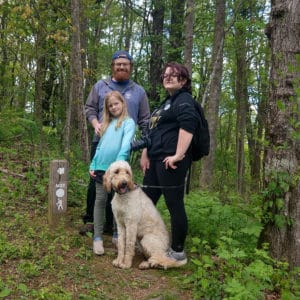 Don’t suffer with joint pain! Call one of the locations below or request an appointment online today.