Seeing me and not my cancer – Donna Sluder’s Story 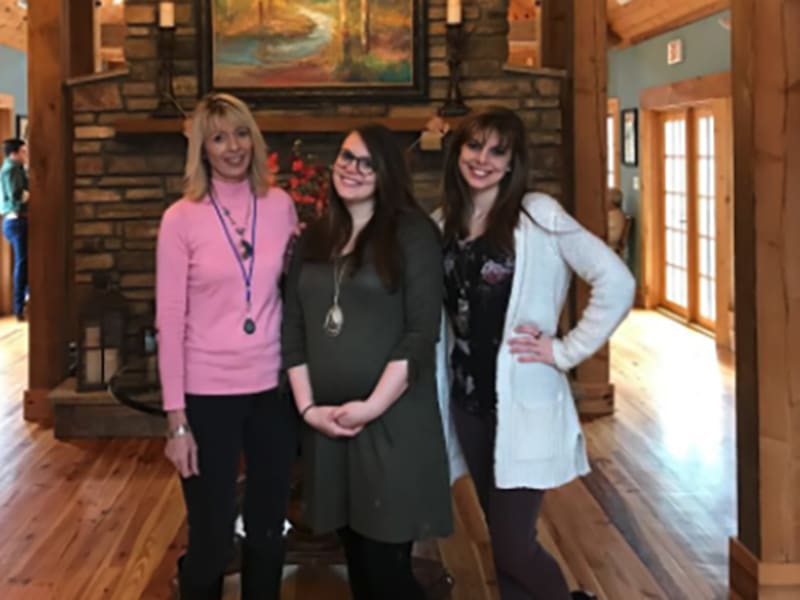 Donna and daughters Katie and Jenny [left to right]

Nearly a year ago, Donna Sluder got some exciting news. She was going to be a grandmother. Her youngest daughter was visiting from California, so the family decided to have a baby shower even though it was early in the pregnancy. It snowed that day, and Sluder remembers thinking that despite the snow, the baby shower was wonderful.

“I couldn’t believe how blessed I was to have so many amazing people in my life already, with a new one on the way,” she recounts.

Life was good. And then a few months later, that changed.

“It all started with a suspicious red spot on my breast. I went to the doctor believing that it couldn’t be anything serious, and that I was just being careful. I was wrong. I was diagnosed with Breast Cancer. I ended up going straight from the doctor to the surgeon to get a biopsy, then to get a mammogram.

When they tell you that you have cancer, it’s like you switch to autopilot mode. A fog settles over you, and you just go through the motions. You do what the doctors tell you to do, but for me it didn’t really click until they told me that I needed to have chemotherapy,” she said.

Sluder, whose three children lost their father when they were young, did not want them to go through the trauma and heartbreak of losing another parent.

Anticipating the side effects of chemotherapy

As if cancer itself isn’t enough of a trial to endure, one of the cruelest side effects of chemotherapy is hair loss.

Chemotherapy drugs used to treat solid tumor cancer work by targeting all of the body’s rapidly dividing cells. Since hair is the second fastest dividing cell in the body, hair-loss is an inevitable side effect of chemotherapy.

After a meeting with Medical Oncologist Dr. Anna Sobol at the Seby B. Jones Regional Cancer Center, Sluder learned about the new PAXMAN Scalp Cooling System that would be arriving around the time she was scheduled to receive her first chemotherapy treatment.

This technology allows some chemotherapy patients to keep most or all of their hair, and Dr. Sobol’s news gave her a measure of hope.

Administered through an inner and outer scalp cap during each chemotherapy treatment, Paxman technology lowers the temperature of the scalp by a few degrees before, during, and after treatment. As a result, the three-stage cooling process reduces the blood flow to the hair follicles, minimizing hair loss. 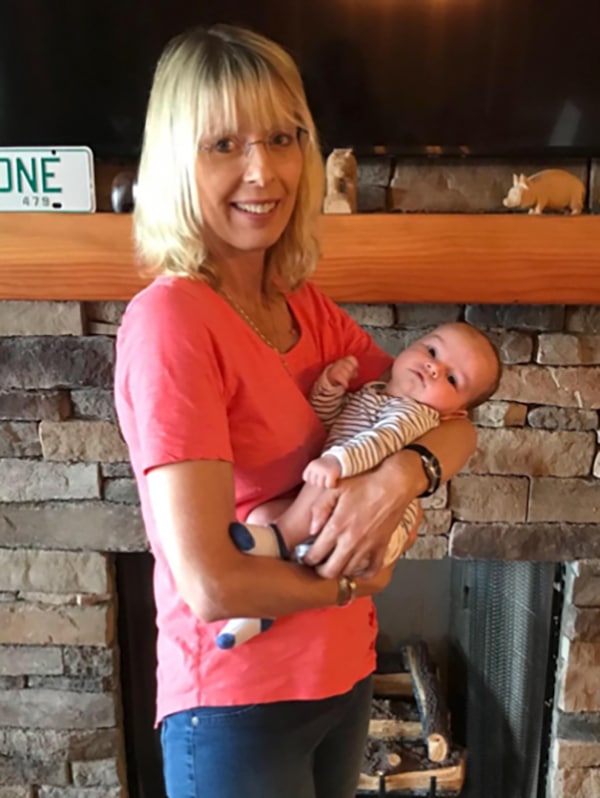 “I wanted to feel like I could hold onto some part of me through all of this,” she said.

Electing to try the new technology, Sluder arrived 30 minutes early to each of her chemotherapy treatments to allow time for the cap to be applied and the cooling to take effect. She also spent an extra hour and a half wearing the cap at the end of the treatment. Though she admits there was some discomfort in the first 15 minutes while adjusting to the cold and the tightness of the silicon cap, her body adapted.

“I retained the confidence to walk into a room and not have strangers know something so personal and intimate about myself. If someone knows I have had chemo, it’s because I have shared that with them. They don’t automatically know because I don’t have hair,” she said. “Countless people have told me that if they didn’t know I was going through chemo, they never would have guessed it.

They say I look the same now as I did before hand, and I’m very thankful for that. Of course, I can see some differences, but I feel like I can still be seen for me, and not for my cancer.”

A year later, Sluder is moving forward and feeling hopeful as she completes her radiation treatments. She says she’s thankful for the doctors and nurses at the Cancer Center for their support and care, and for telling her about the PAXMAN scalp cooling technology. She is also grateful to her kids and her boyfriend for supporting and loving her through the whole ordeal and giving her something to fight for every day.

“And the biggest thanks of all goes to Jesus for giving me peace and all the other things that I’m so thankful for,” she said.

She has another amazing person in her life now, her new grandson Wyatt. And she is looking forward to watching him grow up.

When considering a new treatment, patients should evaluate the risks and benefits with their doctor. PAXMAN Scalp Cooling is not recommended for some patients.

For questions or to learn more about the PAXMAN Scalp Cooling treatments, call Seby B. Jones Regional Cancer Center at (828) 262-4332 or visit paxmanusa.com.