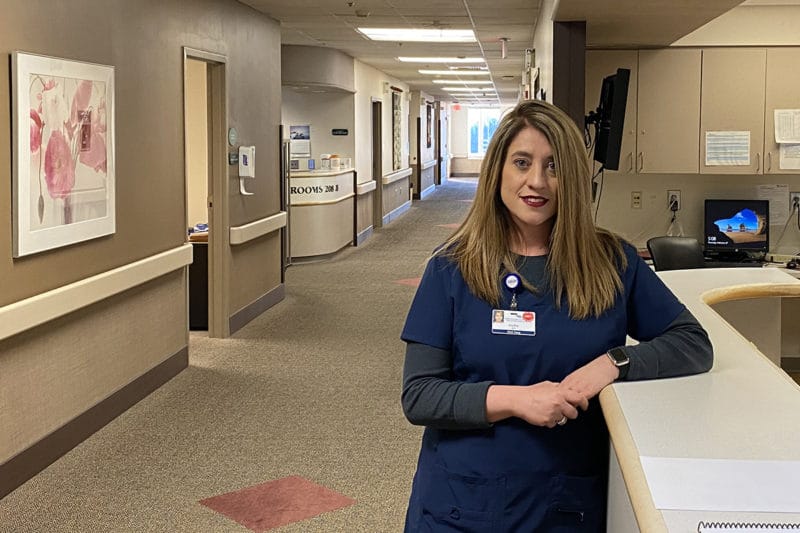 If you’ve lost confidence in humanity, this story might just change your way of thinking. It’s a testament of faith, hope, compassion and selflessness.

In December, 2019, Audra Wiseman, a medical surgical nurse at Charles A. Cannon Jr. Memorial Hospital in Linville, NC was at home one evening scrolling through Facebook, as she does on most days.

She came across a somewhat familiar name, Shannon Perdue, and the plight of the local 47-year-old high school teacher suffering from kidney disease. “I remembered her. She was my daughter’s 9th grade English teacher at Avery County High School,” Audra said.

Audra recalled traveling to London with her on a school trip in 2015. “I just remembered how wonderful she was,” she said. But Audra didn’t really know Shannon much beyond that experience. In fact, she described their relationship as a “casual acquaintance,” saying, “we hadn’t talked since the trip.”

Upon reading social media and talking to others in the close-knit Avery County community, Audra learned that Shannon’s kidney disease prognosis was not good.

According to the National Institutes of Health, kidney disease means your kidneys are damaged and can’t filter blood the way they should. This damage can cause wastes to build up in your body and cause problems, such as swelling, nausea, weakness, poor sleep and shortness of breath. Kidney disease can lead to other health problems, such as heart disease. If you have kidney disease, it increases your chances of having a stroke or heart attack.

Shannon Perdue’s type of kidney disease is a genetic condition called Polycystic Kidney Disease (PKD). Several of Shannon’s relatives have had PKD, including her grandmother, her aunt and her father — who died from the disease at the young age of 59.

In May of 2019 nephrologists told Shannon that she would need to start thinking about undergoing nightly peritoneal dialysis, which cleans the blood of impurities.

While peritoneal dialysis has many advantages over other types of treatment, it still presents many difficulties for patients. For most people it must be done seven days per week and requires a permanent catheter outside the body. Patients run the risk of infection and weight gain. They also need ample storage space in their homes for supplies, equipment and the dialysis machine. Finally, patients must receive intensive training on what the procedure involves and how to use the equipment safely.

The other option for treating Shannon’s kidney disease is through kidney transplant — a surgical procedure to place a kidney from a living or deceased donor into a person whose kidneys no longer function properly.

Currently, more than 100,000 people in the United States are on the national transplant waiting list for a donor kidney.

Unfortunately, many may never get the call saying that a suitable donor organ — and a second chance at life — has been found. It’s estimated that every day in the United States, 20 patients die because of the lack of donor organs.

Shannon went on the transplant list in October, 2019, not knowing how long she would have to wait.

On a positive note more than 6,000 healthy people in the U.S. donate a kidney to someone they know each year. About half are blood relatives of the kidney recipient. The other half are spouses, friends or acquaintances. About 100 come forward wishing to anonymously give the gift to someone they’ve never met.

The Decision to Donate 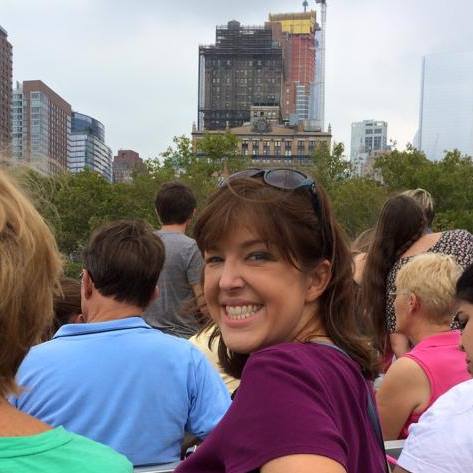 As Audra Wiseman learned more about Shannon, she felt a strong sense of wanting to help. “As a nurse, taking care of others just comes natural. I have seen what people with kidney disease have to go through and it’s not a good situation,” she said. Audra knew that if Shannon had to wait for a kidney from the transplant waiting list, it would take far too long. She knew the best way to help Shannon would be to donate one of her own kidneys.

But Audra’s decision was not made lightly. “I just started praying about it,” she said. In December, Audra contacted Shannon through Facebook to ask for contact information for the Center for Transplant Services University of Tennessee Medical Center (UTMC) in Knoxville. “I wanted to learn more,” she said. Ashley Dennis, the Living Donor Coordinator for the Organ Donor Council in the UTMC Center for Transplant Services answered every question for her.

There were a number of conditions that Audra had to meet prior to donating. First and foremost her blood type had to match and she had to have healthy kidney function. “They also performed lots of tests…CTs of my abdomen, mammograms and 28 different blood tests,” she said. While Audra underwent all of the testing she did not keep in touch with Shannon.

Audra also realized that she had to think about the impact it would have on her own life: What are the health risks? How long is the recovery? How would it impact her family? What bearing would it have on her ability to work and make a living?

Regarding her family’s response Audra said, “My husband was obviously concerned, but very supportive.”

When asked how having only one kidney might jeopardize her health, Audra shared a personal detail that few people know, “Well, my daughter has one kidney. She’s living proof that you can live with just one.” That moment seemed to crystallize why she would donate a kidney to someone she barely knew.

Then the question arose, what if your daughter needs a kidney one day? She responded, “Then someone will give her one. It’s easy enough that everyone should donate.” She continued by saying, “Our body is God’s body. He has just loaned it to us while we’re here on earth.” From this comment it was clear that Audra’s selflessness arises from a combination of unique personal experience and a strong Christian faith.

While Audra understands there are risks with any surgery, a review of data seems to support her assertion that after donating a kidney, a person can live exactly the way they lived before donating—a long, healthy, active life with virtually no restrictions.

Johns Hopkins University School of Medicine studied mortality among 80,000 kidney donors over the past 15 years, comparing them to healthy people with both kidneys. The study, published March 10, 2010 in JAMA, The Journal of the American Medical Association—60 years after the first documented kidney transplant in the U.S.—shows the procedure carries little long-term medical risk for the donor.

After numerous visits to UTMC, Audra was fully convinced that donating her kidney to Shannon Perdue was something she wanted to do.

Thursday, January 30, is a day that Shannon Perdue will never forget. “I was in my classroom trying to implement a new technology and Penny Ward (another teacher) came in and said, ‘they need you in the front office right away,’” Shannon said. When Penny and Shannon walked into the office they were met by Bev Baird and Audra Wiseman.

Right then, with just the four of them in the room, Audra Wiseman uttered the words, “Ms. Shannon, I’m going to give you a kidney.”

Shannon was overwhelmed by the moment. “We all hugged…Everybody cried…It was beautiful…Audra was giving me the greatest gift,” she said. Shannon said the good news filtered out at school very quickly. For the next hour, people kept coming by Shannon’s classroom. “A little while later the school made an announcement over the intercom and everyone celebrated with me,” she said.

When Audra Wiseman was asked about the moment she told Shannon, she humbly replied, “There was a lot of crying, a lot of happiness.” Audra quickly added, “My daughter loved Shannon Perdue. I can’t imagine our community losing that resource…when the kids at the high school learned about her, they were lining up to do it, too.”

And there, in that instance, Audra selflessly deflected the praise away from her heroic act, to instead celebrate Shannon.

Transplant Day and Beyond

On the evening of March 3, Audra Wiseman and her husband arrived at UTMC and spent the night in preparation for the transplant surgery the next day, March 4.

The procedure, a robotic nephrectomy, took three hours. Audra and Shannon had adjoining rooms to expedite the handoff of the life-saving organ.
Audra recovered in the hospital for three days after surgery. She will not be able to drive for a few weeks. Because she won’t be able to lift more than a few pounds at a time, she will need some assistance with activities of daily living.

Audra will go back to UTMC for evaluation at one week, one month, six months and then at the one-year anniversary of her organ donation. She will also miss eight weeks of work.

While the procedure only took a few hours, Audra’s gift to Shannon will bind them for life.